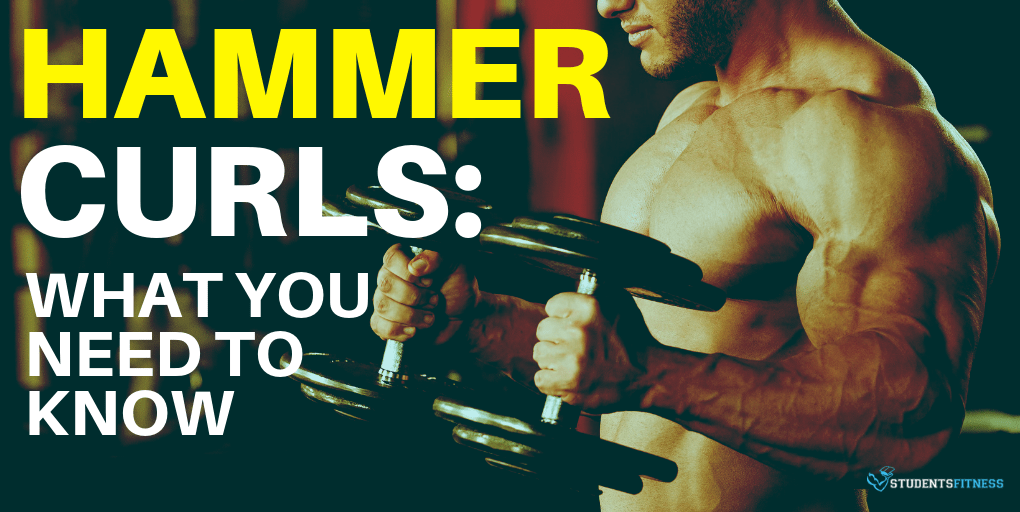 There are few muscles as obvious as your biceps.

Nearly everyone appreciates and desires chiseled abs, but the moment you toss on a shirt they go away. You also need a rather low body fat percentage to see them.

Lats are another great muscle to show off but also rely on you standing around with very little on.

However, your upper arm muscles show off wonderfully well in a t-shirt. Even in a button-up shirt, you can see hints of the bulging muscle underneath.

The go-to upper arm exercise is the bicep curl. It even has the largest muscles of your upper arms, the biceps, in the name.

But bicep curls are not the only arm exercise which can make your arms look fantastic.

What Are Hammer Curls? 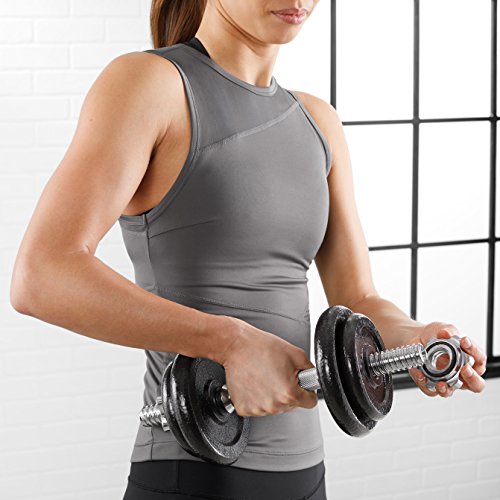 Though you can use kettlebells, it’s smarter to start with dumbbells

Hammer curls are a variant of bicep curls that uses a slightly different position to exercise a wider variety of muscles than are hit by bicep curls.

They a called hammer curls because the dumbbell moves vertically, sort of like a hammer being raised then struck against a nail.

Be careful not to swing at the same speeds you would use when swinging a real hammer, though! Going too fast is a good way to torque your joints and force you into several weeks of rest.

How to Do a Hammer Curl 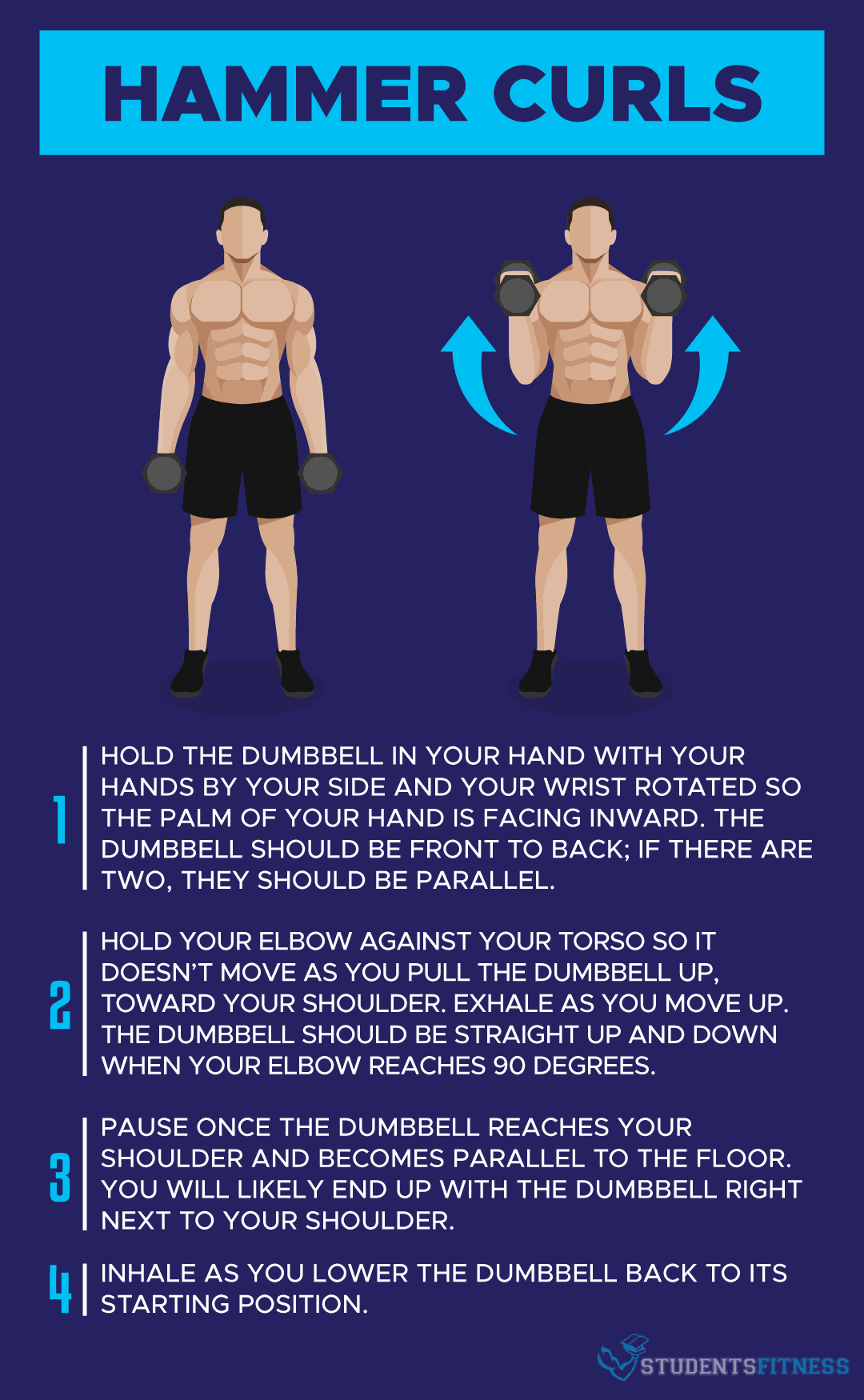 And here’s a video detailing the steps further:

You can do a hammer curl seated or standing. They are easy to do, and you can do them with either both arms at the same time or just one.

If you want to workout both arms at once, mirror the following steps. Otherwise, here are the instructions on how to do a hammer curl:

Make sure to move at the same slow speed, up and down. You do not want to throw the weight around or let it drop, lest you risk injuring your elbow!

A Twist on the Hammer Curl

While the hammer curl is a great exercise, you can make a small change that causes it to bridge the gap between normal hammer curls and bicep curls.

As you raise the dumbbell to your shoulder, rotate your forearm so your palm faces your chest at the top of the movement.

This changes which muscles are exercised by the hammer curl. This is often called the dumbbell twist curl.

What are those muscles hit by hammer curls, anyway?

What Muscles Do Hammer Curls Work? 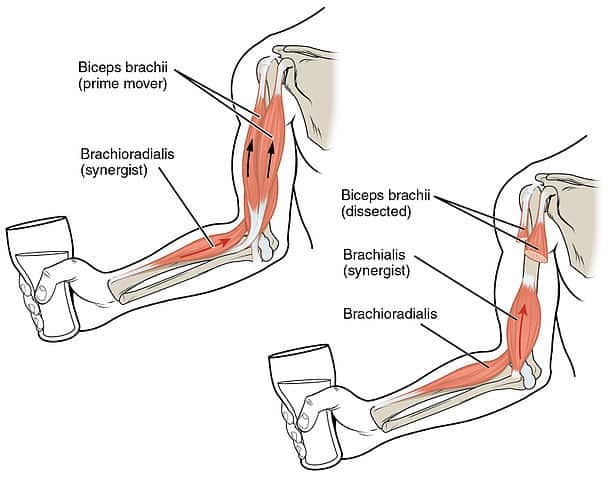 The primary muscle worked by hammer curls is your brachioradialis. This is actually a muscle in your forearm, one of those oft-overlooked forearm muscles also exercised by a forearm workout you can find here.

Hammer curls don’t just stop there. They also work out your brachialis, which is lower on your upper arm than are the biceps.

Oh, and those biceps get worked out some as well. But not nearly as much as with bicep curls.

When you twist the hammer curl as in the variant described above, the primary muscles exercised change during the exercise to hit your biceps more.

The reason why the muscles exercised changes is because biceps are involved in forearm supination. Your forearm is not supinated during hammer curls, so other upper arm muscles are activated.

This is also why pull-ups and chin-ups are different, by the way.

Okay, so why would you want to hit the brachioradialis and the brachialis more than the biceps?

There are three main reasons to do hammer curls in addition to, or even instead of, bicep curls: aesthetics, blah, and injury prevention. 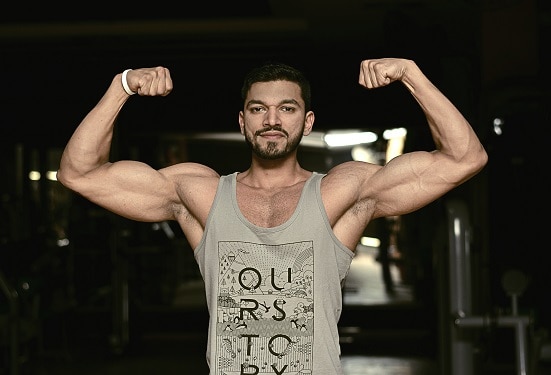 Bulging biceps look good, but they are only one part of your upper arm.

The brachialis sits below the biceps. When it grows larger, it pushes up the biceps and makes them look larger as well.

The primary muscle activated by hammer curls is a forearm muscle that gets used a lot when your forearm moves this way and that. 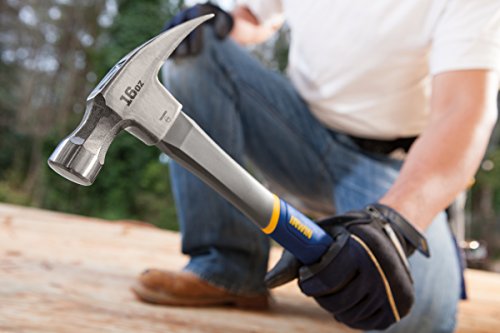 Though, you’ll probably want to wear different clothes than when you wield a real hammer

Hammer curls not only look like a hammer but they also work out one of the muscles that you use most when hammering.

Biceps are great for lifting weight straight up, such as when carrying heavy boxes. But carrying heavy things in the real world often requires your hands to be in odd positions, not perfectly supinated.

To take the most advantage of your potential strength, your brachioradialis muscles need to be well-trained as well.

Joint health is important. You do not want to stress your tendons too much. Many people find hammer curls easier on the elbow than bicep curls, which are known to cause tendonitis if you just do bicep curls.

Part of the cure for bicep tendonitis is to mix together hammer and bicep curls. 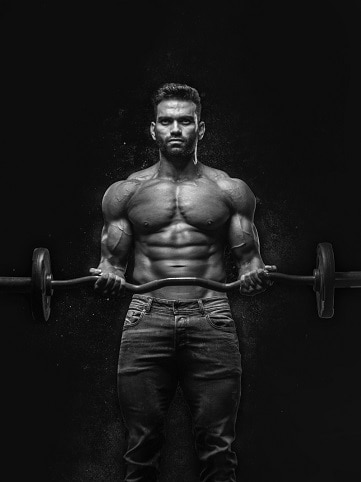 The bicep curl is an isolationist exercise that primarily hits the long and short head of your biceps brachii muscles and subtly hits the brachialis.

By contrast, the hammer curl hits multiple muscles more effectively, all from rotating your wrist!

But you do not have to give up larger upper arms when you replace some bicep curls in a workout day with hammer curls. Those extra muscles exercised help your biceps to look larger.

Add in the fact that hammer curls torque your elbow tendons less than bicep curls, and you have a strong argument for doing hammer curls.

A good looking and strong arm requires a variety of movements. While bicep curls focus primarily on the largest, most visible arm muscle, they leave other muscles lacking.

Hammer curls can buff up those other muscles.

Hammer curls are a great exercise and are important in producing well-rounded arms.

If bicep curls are the king of upper arm exercises, hammer curls are an important power behind the throne, such as a clever advisor or strong-willed queen.

Do hammer curls alongside bicep curls for larger arms more quickly, with less stress on your joints.

Don’t neglect the other side of your upper arms, though! This tricep workout will balance out your beautiful biceps with titillating triceps.