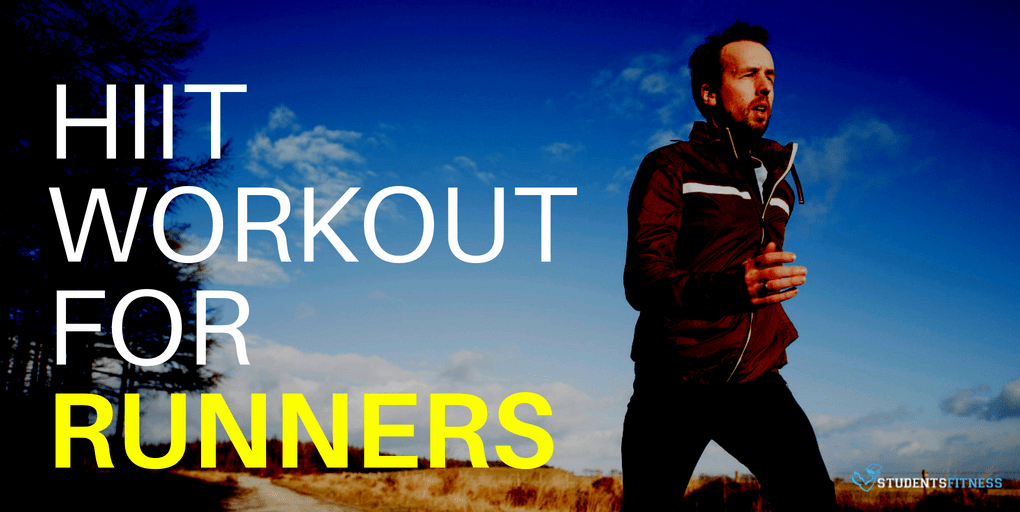 I haven’t met a runner who didn’t want to run better.

All of them wanted to be better runners.

Just run a little faster or further each time?

Sure, that’ll get your times down. But it’ll be slow.

You can do better.

Let’s use HIIT to shift your running into a higher gear!

HIIT stands for High-Intensity Interval Training and can be what you need to hit that next mile!

Some HIIT training takes place in the gym. This, however, will take you outside. 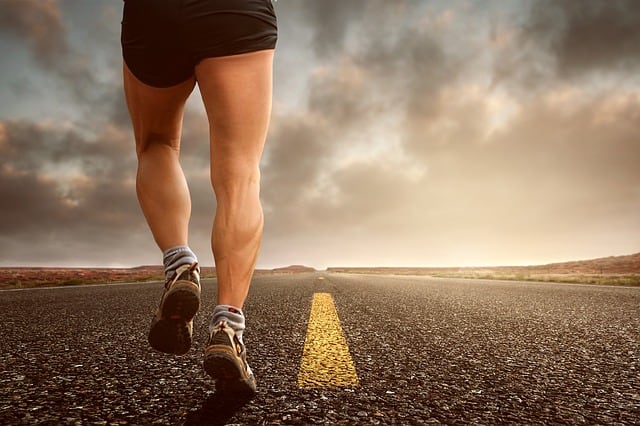 The basic idea behind HIIT is to alternate exercise at your most intense rate with active rests.

Once you start, you don’t stop until the very end. Which won’t take very long.

It can help to know your maximum heart rate, or MHR.

That’s because you should base the intensity on your MHR.

When it comes to running and HIIT, your best exercise is sprinting.

Why not just run a bit further and faster each time?

An increase in strength improves both your ability to run as well as your endurance.

It’s a double whammy of benefits.

Still not convinced? Let’s use a car metaphor.

Running is sort of like driving at 70 mph on the freeway. 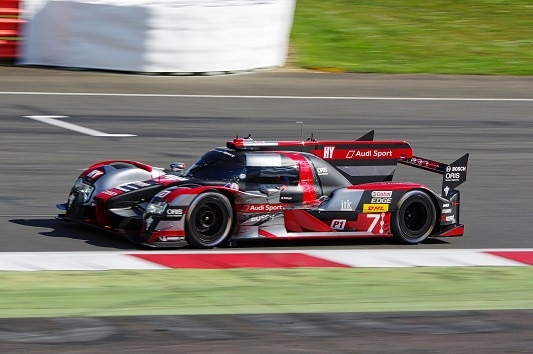 Most new runners are effectively a car that has a maximum speed of 70 mph.

Sure, they may be able to get up to speed, but it’s a slow process and you won’t be comfortable when driving that fast.

Once you’re used to it though, you’re more like a car that can go 100 mph.

Acceleration isn’t difficult and 70mph is a little bit exciting but isn’t exhausting.

However, sprint training improves your engine. A lot.

Once you’re a pro at this HIIT workout, you’ll be like a sports car.

Your maximum speed will be 170, and it’ll take you only a few seconds to reach 70 mph.

Once you’re there, coasting is nice and easy. Long runs won’t be a drag!

So, let’s turn you into the human version of a sports car!

But first, a word on when to perform this workout.

It is a full workout. That means you don’t want to overlap it with other workouts.

Overtraining will rob your gains.

So, do it once or twice a week and have a rest day afterward.

If you already run every day, even on rest days, you might want to consider NOT running on the day you perform this exercise.

Your legs will thank you.

We’ll get to sprinting in a moment. First, we need to warm up.

Let’s get those muscles loose and that blood flowing.

Basically, you’ll want to warm-up the same way you do for runs. Stretch then do some light cardio.

However, you then also want to break into a couple of really short sprints.

Rest for a minute and a half, then perform a 6-second sprint.

Rest for another minute and a half, then perform a 9-second sprint.

Rest for another minute and a half then go into the main event! 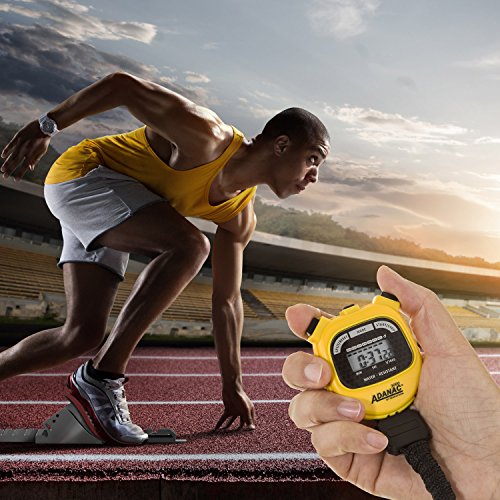 Once you start this next sprint, you won’t stop moving until the very end of the workout.

So, now is the time to hydrate!

Describing this workout is easy.

Sprint as fast as you can for a period of time.

When that time is up, slow down to a light jog for twice that period of time.

Repeat until you can’t repeat any longer, or until you’ve reached 20 minutes total.

You can count out the seconds, but you’ll be much more accurate with a stopwatch.

Either use your smartphone for a stopwatch (don’t drop it while sprinting!) or buy one.

This workout presumes that you already have some skill in running. If you don’t, learn how to run first.

Otherwise, you will likely be training above your skill level.

So, you know how to run properly and want to get better at it. Even if you’re a marathoner, start here.

Sprint for 10 seconds. Then slow down into a light jog for 20 seconds.

If you haven’t sprinted a lot, you’ll be surprised at how short a time it takes to wear you out!

Also, you may have to slow down into a walk. That’s not ideal but it’s okay. For now, at least.

Once you can do that without stopping, proceed to the intermediate version. 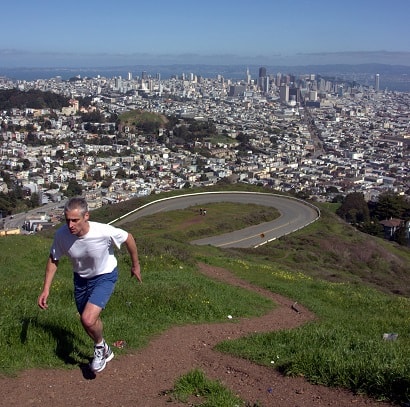 You can sprint uphill to increase the difficulty and intensity. Photo by VinceHuang (CC by 2.0)

After you’ve reached this point, you should already be able to tell the difference in your normal runs.

Sprint for 20 seconds. Then, rest at a light jog for 40 seconds.

Each set takes a minute. Good luck getting to 10 minutes.

Once you get there though, move on to the advanced version.

Hard mode is difficult yet simple. Just double the times again and try to sprint even faster.

Sprint for 40 seconds then rest for 80 seconds.

You should definitely be a much better runner, as well. 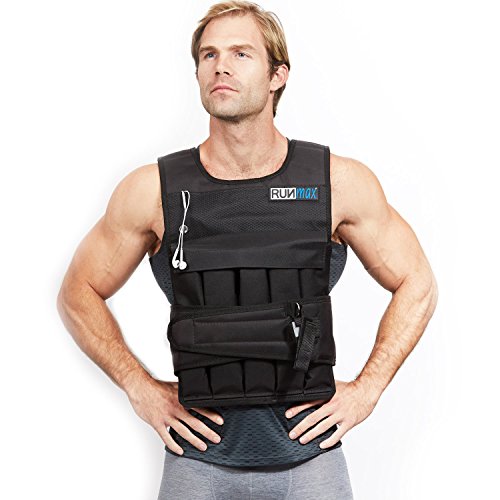 Wear this to increase the difficulty of your sprints!

From here, there are several things you can do to increase the intensity.

No, increasing the length of time of your sprints isn’t it. You won’t get much of an effect by sprinting for longer now.

Instead, make the exercise more difficult in other weighs. Sorry, ways.

Or, you can wear your backpack. Start with one heavy textbook then add more.

Another way to increase the intensity is to sprint uphill then jog downhill.

Combine both for an even tougher workout!

Don’t just go from intense exercise to nothing. You want to cool down.

Then do some light stretching and take a well-deserved shower, you sweaty person, you.

If your legs are jello, however, even those short sprints may be too much.

Lightly jog or walk for 3 minutes before stretching and ending your exercise for the day.

Long runs are a test of endurance, so to improve them, you want to increase your endurance.

However, the most effective way to improve your endurance is to grow your strength as well.

For running, there’s really only one exercise that does this efficiently.

Perform this HIIT workout with sprints, and you’ll run faster and further with less fatigue before you know it!