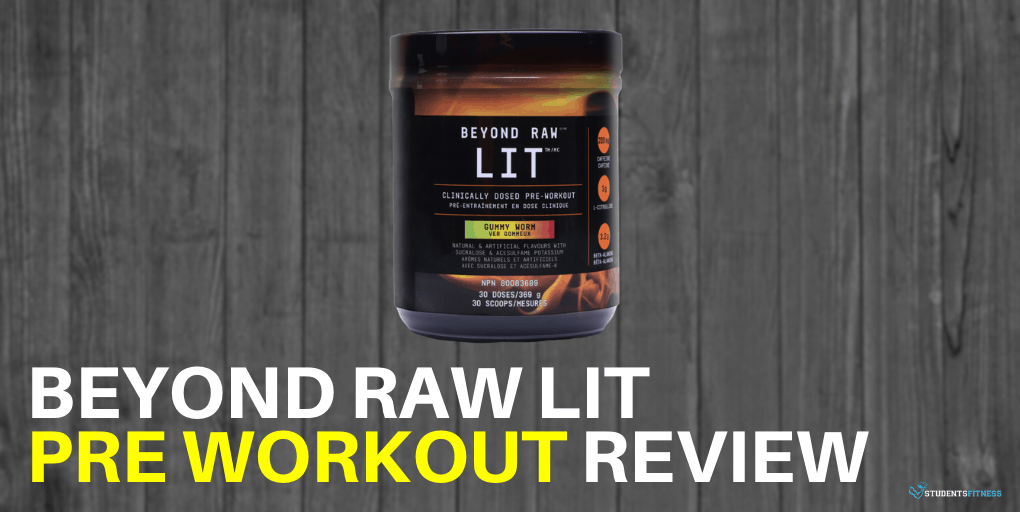 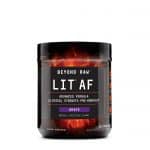 With flavors such as Gummy Worm and Icy Fireworks, how can you dislike Beyond Raw LIT?

It’s a pre workout supplement that boasts of its ability to help you out at the gym.

But, there are legitimate reasons to leave this powder on the shelf and try something else.

These reasons may be a deal breaker for some people, though there are plenty of happy fitness folks who use LIT every time they visit the gym.

Is Beyond Raw LIT a good pre workout powder for you?

What Is Beyond Raw LIT Supposed to Do? 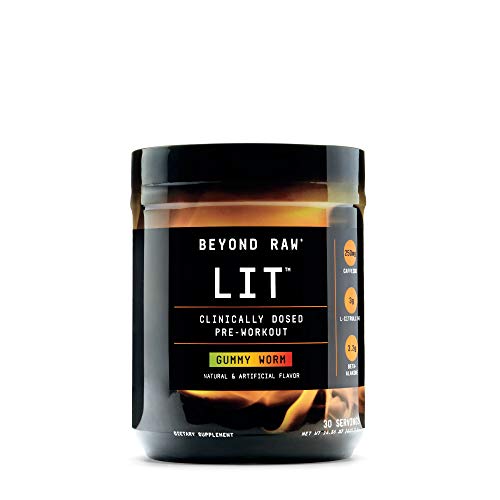 Beyond Raw LIT, like most pre workout supplements, is supposed to improve your effectiveness at the gym.

There are three specific claims:

Those are some good claims which are backed up by the science of many pre workout supplement ingredients.

But, does Beyond Raw meet all of their claims with LIT?

Let’s start by looking at the specific ingredients in this supplement.

What’s in Beyond Raw LIT?

At first glance, Beyond Raw LIT seems like your standard pre workout supplement.

One dose contains a whopping 250 milligrams of caffeine.

That’s a lot of caffeine!

Experts generally recommend not to exceed 300 mg in a day, so you’re dancing near the limit with just one scoop.

Coffee bean extract, in the form of NeuroFactor, is a fat-burner that can help give your body a thermogenic boost.

Creatine and beta-alanine are both ingredients that improve your muscular endurance, so you can exercise longer.

L-citrulline and arginine are vasodilators.

They improve blood flow, bringing more fuel to your muscles.

Ancient peat and apple extract are combined together in the proprietary form of elevATP in order to, uh, “improve strength and power adaptations.”

They’re supposed to supplement your cellular ATP levels, which would increase muscle performance.

None of them might be bad for you but there sure are a lot.

How to Use LIT Pre Workout

Beyond Raw LIT, like most other pre workout powders, is designed to be mixed up in water and consumed before you hit the gym.

Dump one scoop into 8 to 10 ounces of cold water and mix well. 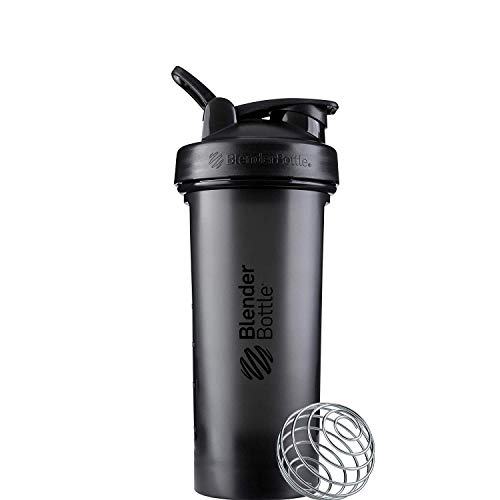 I prefer a blender bottle, personally.

It can take anywhere from 10 to 45 minutes to feel the full effect of the caffeine[1]. Most people are fine taking LIT half an hour before they start working out.

Don’t take LIT in the evening!

The caffeine will last 4 to 6 hours, or even longer, in your body.

Such a heavy dose of caffeine close to bed will keep you up for a long time.

Does Beyond Raw LIT Work?

Beyond Raw LIT is a heavy dose of caffeine so taking a scoop of the powder is sure to give you some energy.

As for the other effects?

Well, LIT just isn’t dosed properly for me, and I’m not the only one.

There’s a lot of wasted space in the formulation that minimizes the non-caffeine effects.

And, you can’t double up on the dose! That would be 500 mg of caffeine.

For example, it contains 1.5 grams of creatine.

That’s fine, though most people supplementing creatine want to take at least 5 grams. 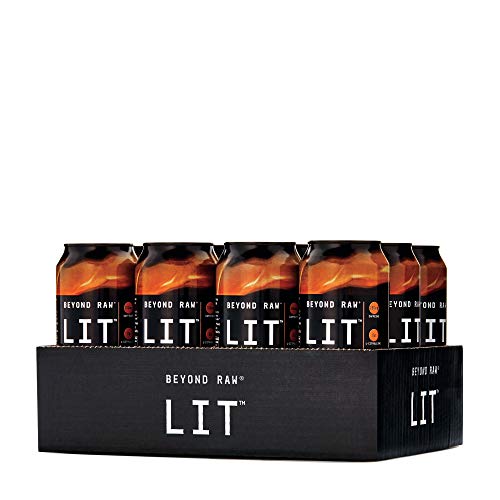 11% of LIT is taken up by one ingredient you can supplement yourself, and for less money.

About 30% of LIT is taken up by the “other ingredients,” such as carbs, soy oil, monoglycerides, and other stuff that’s not actually affecting your workout.

So, what I’m saying is that LIT works, but it doesn’t work as well as other pre workout supplements.

You do still get a pump, though!

The vasodilators, more the l-citrulline than the arginine[2], boost your body’s nitric oxide and do help with blood flow.

Beyond Raw LIT‘s biggest strength, personally, is in the flavorings.

It tastes better than lots of other pre workout powders.

LIT also contains an effective amount of caffeine, so it’s good for when you want a heavy dose of energy without doubling up your pre workout.

I’ve already mentioned the extraneous creatine and the huge amount of gunk that’s just there to taste good.

Let’s talk about elevATP, shall we? 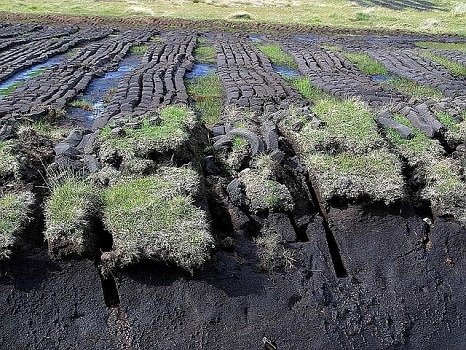 Peat being harvested in Ireland

It’s a proprietary blend of ancient peat and apple extract that’s supposed to increase how effectively your muscles can perform.

There’s an orange flag there already.

Proprietary ingredients, such as elevATP, CarnoSyn, NeuroFactor, and Nitrosigine increase the price of a product.

That’s because they aren’t generic ingredients.

They are sourced from a company that has copyrighted or trademarked their specific formulation and its name.

The proprietary version may not actually be any more effective than the generic formula, but it costs more to source, and Beyond Raw passes the costs onto you.

And elevATP may not be effective at all!

This ingredient is “proven” but only by a single study headed by researchers employed by MusclePharm or FutureCeuticals[3], who owns the elevATP patent.

This is a lot of bias, so the claims about elevATP’s effectiveness should be treated with a healthy dose of criticism until more research shows up. 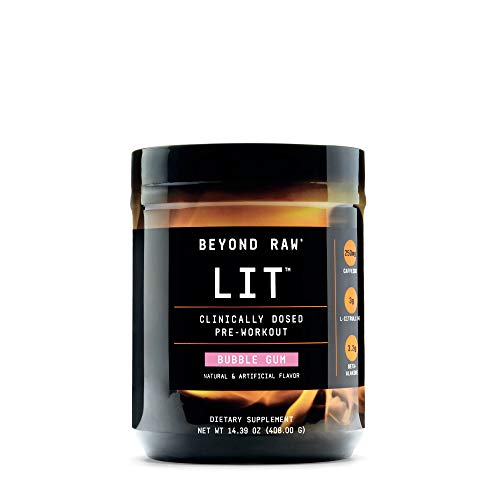 Beyond Raw LIT is a good-tasting pre workout supplement that doses you up with lots of caffeine to cover the fact that some of its ingredients are underdosed or ineffective.

Is it a good choice for some people?

Entirely because of taste, though.

Personally, LIT is not going with me to the gym again.

I liked Beyond Raw’s Precision BCAA supplement but when it comes to pre workouts, it’s not my choice.

LIT is best if you want a lot of caffeine and a little bit of thermogenesis and some pump.

There are a lot of good pre workout supplements out there.

Cellucor C4 Original is one of my favorites. It provides a surprisingly clean energy and focus.

And Gorilla Mode is what Beyond Raw LIT should be:

When to Take LIT Pre Workout?

Beyond Raw LIT, like most other pre workout supplements, should be taken about half an hour before you start working out.

How Long Does Beyond Raw LIT Pre Workout Last?

Not all of Beyond Raw LIT’s ingredients will last the same amount of time.

The caffeine will last the longest. How long specifically depends on your metabolism, but most people will still feel some of the caffeine up to 6 hours later.

You’ll be able to feel the full effects for the duration of a gym visit.

How Much Caffeine Is in Beyond Raw LIT Pre Workout?

Beyond Raw LIT contains 250 milligrams of caffeine, which is above average for a pre workout supplement and makes it a bad idea to double up on scoops.