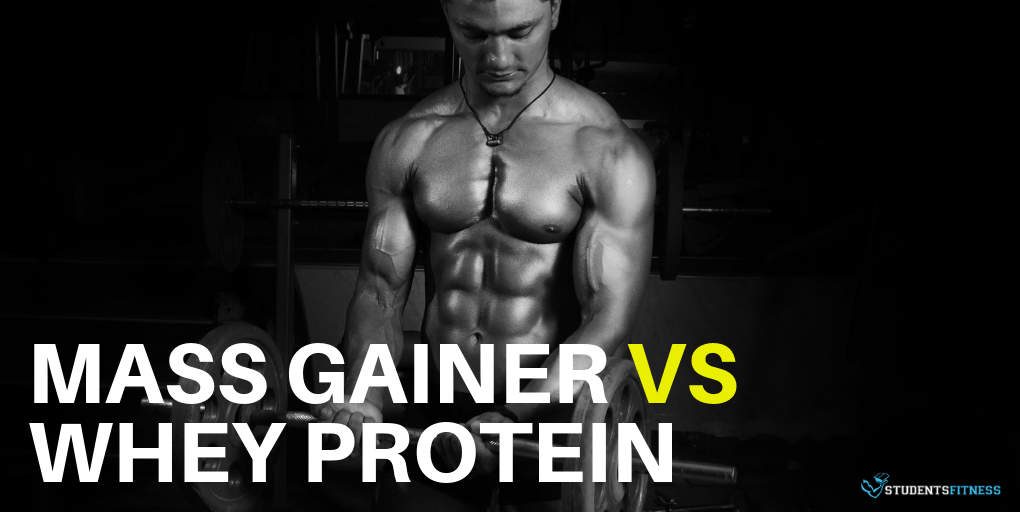 If you want to gain muscle, you need to eat protein.

There’s no way around it.

But, it can be difficult to figure out what type of protein to eat, and how much.

Protein powder is a good way to supplement your diet in a way that maximizes muscle gain.

But not all protein powders are equal.

Yes, but that doesn’t mean mass gainers are for everyone.

First, I’ll talk about what whey protein and mass gainers are.

Then, I’ll cover the differences, and finally finish up with some recommendations on which of the two to use. 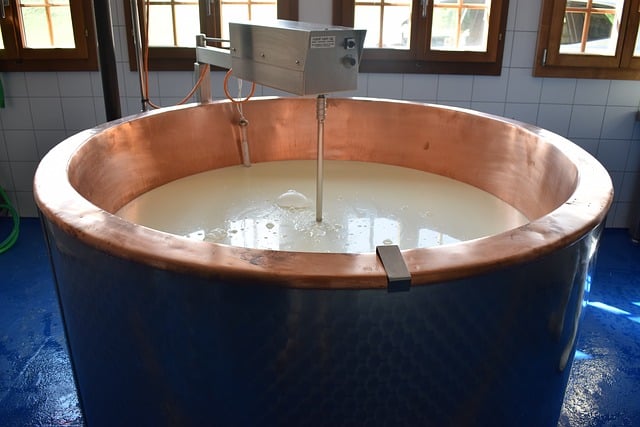 A machine separating the liquid whey from solid curds

It’s the bodybuilder’s favorite and can be found in every gym across the nation.

But, what is exactly is it?

When you make cheese, you need to remove some of the components from the milk: curds and casein.

What’s left over is whey, a liquid that is high in protein and low in fat.

Remove the lactose, dry it out, and you get an excellent source of protein for fitness aficionados.

In fact, you can make it yourself!

So, when you need more protein, taking whey gives you that protein without many extra calories. 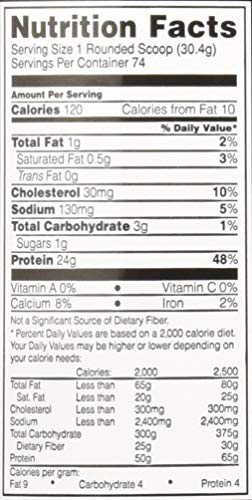 Also, whey protein is relatively light in calories so it can fit in all diets (this particular protein is Optimum Nutrition Standard Whey Protein, Double Chocolate)

The amino acids in whey are particularly good for muscle growth, too.

In common person words, leucine triggers your muscles to grow!

Sure, you can get it from other sources, such as eggs, meat, legumes, and even soy and pea protein.

But whey protein contains the highest amount of leucine of any protein source.

According to the USDA, whey protein concentrate (not even isolate!) is at least 10% leucine!

Soy protein concentrate, the next highest, is only about 8% leucine.

Unfortunately, the USDA changed to a different database which, for some reason, doesn’t have the nutrient make-up of whey concentrate any more. But you can find a chart from USDA data on the leucine content of foods on Wikipedia.

So, it’s cheap, contains a lot of protein, and what protein it contains is great for muscles. What can go wrong?

There are two potential problems with whey protein: Milk allergies and farts.

Also, some whey proteins don’t taste that good. You can find some that taste great here!

Whey is less of an allergen than is casein.

However, a subset of the populace is allergic to whey protein.

It may not be a full-blown anaphylactic response, either.

I know someone who has a massive acne breakout when they consume any dairy, including whey protein. 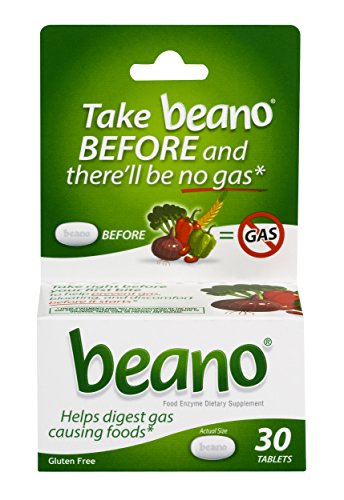 I know some gym goers who need this stuff

If you spend any amount of time in the gym or around serious weight lifters, at some point someone will make fun of their stinky toots.

Eating yogurt and other probiotics can help but at some point, if you eat lots of whey protein, you’re going to clear the room.

Now, I’ve only noticed this with whey protein in particular.

All in all, this is a relatively minor negative, so whey protein (unless you’re allergic!) is still a great choice for most people.

But what about mass gainers?

So, here’s the thing about mass gainers.

But with carbs and fat added to them.

So much carbs and fat!

Optimum Nutrition’s Serious Mass is one of the best-selling mass gainers. 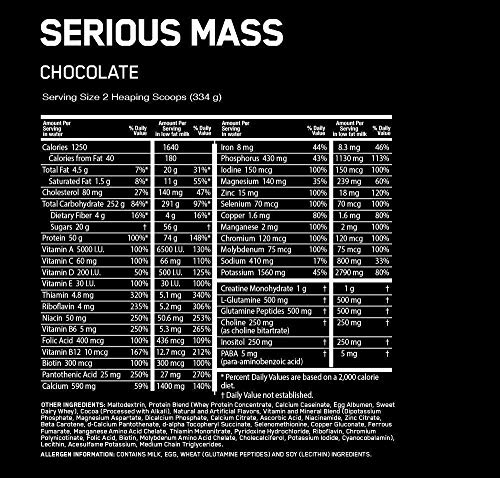 It contains over 600 calories per scoop!

Sure, they added in a bunch of vitamins and minerals to try to keep your body in balance nutritionally, but that’s a lot of calories!

So, what are the benefits of using a mass gainer?

Because they’re an easy way to gain weight. 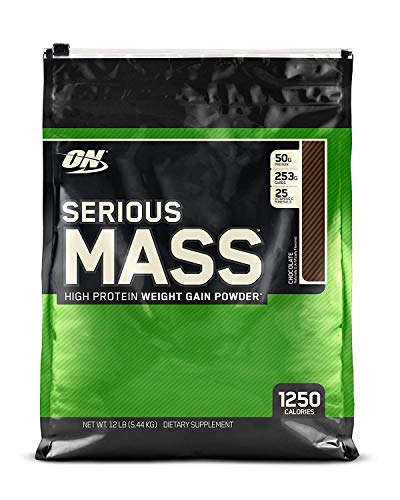 Who needs a 2 pound tub of protein when you can get a 12 pound bag?

Fitness isn’t just about weight loss. You’d be forgiven from thinking so, because that’s where all the advertising is.

If you don’t have much of an appetite, then how do you gain weight?

Well, the body doesn’t respond to liquid calories the same way it does solid food.

So, you can trick your body into consuming more calories by drinking a mass gainer shake.

Mass gainers are also good for serious bodybuilders who need to bulk up before cutting off the weight.

Massive amounts of weightlifting drives your caloric needs so high your stomach may tell you, “no!” before you hit your goals for the day.

Mass gainers, again, are good for sneaking in more protein and calories. 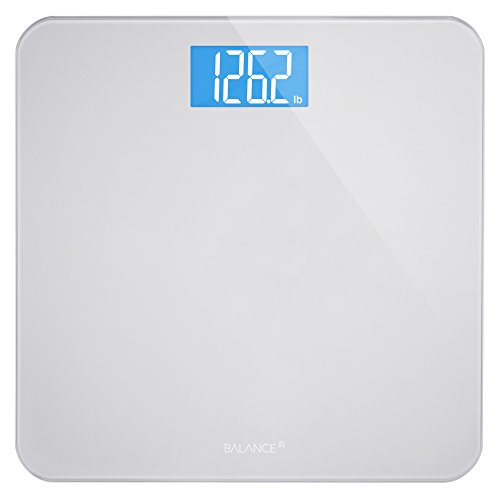 If you don’t need to supplement your diet with many extra calories, mass gainers will give you the wrong sort of mass.

If you can get enough calories in a day normally then a mass gainer is a poor choice.

And if you need to lose weight?

Plus, mass gainers often use whey protein as a base, so you can expect those protein farts even more!

Which Should You Use?

So, now you know the difference between whey protein and mass gainers.

Which is the right choice for you?

Both supplements are for people who want to gain muscle, but they don’t achieve that effect in the same way.

Basically, unless you have a specific fitness goal that requires taking a mass gainer, stick with the whey protein.

Here’s some more information, based on your goal.

If Your Goal is to Bulk or Otherwise Gain Weight

Mass gainers are extremely high in calories while containing other micronutrients.

So, if you need to gain a lot of weight, fast, then you want to take a mass gainer. 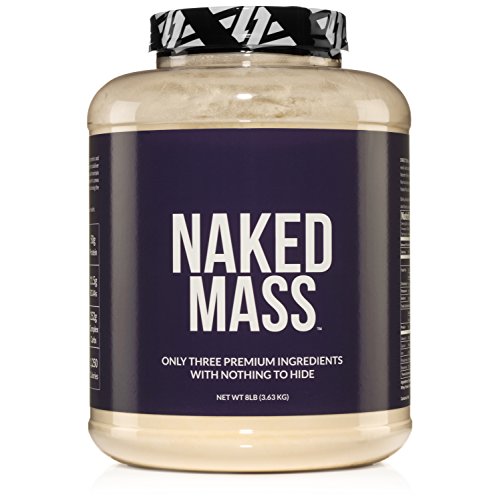 In the end, we all just want to look good in the mirror. Naked.

The number one group who uses mass gainers are bodybuilders who do a bulk then cut.

That’s because fast muscle growth comes with some fat. So, if you want to get swole quickly, you might as well roll with the weight gain and make it work for you.

I used to be in the skinny guy category.

I could suck in my stomach enough to encircle my belly with my hands–fingers and thumbs touching!

Mass gainers helped me get to normal levels, though I don’t use it anymore.

Now, I can’t give out medical advice, but it seems to me that mass gainers would be good for people recovering from anorexia nervosa as well.

Mass gainers can do this while also providing micronutrients, as opposed to other liquid calories which don’t provide nutrition, such as soda and fruit juices.

Though, you don’t always need a mass gainer to put on that muscle mass. Other protein powders are good, too.

If Your Goal is to Cut or Otherwise Lose Weight 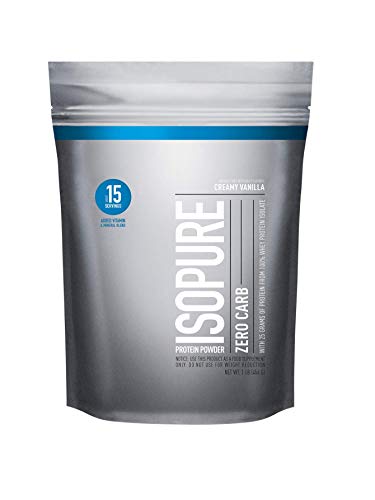 Mass gainers are a tremendous source of calories without much satiety.

This makes them unsuitable for people who need to lose weight for any reason.

Some whey protein powders, on the other hand, are great for cutting and other forms of weight loss.

If Your Goal is Athletic Ability

Athletes have higher caloric requirements than most people, especially protein.

Mass gainers may have their place while training in the off-season, but generally, normal whey protein powder will work even for elite athletes.

Unless you’re bulking and cutting, in which case go ahead and use a mass gainer.

If Your Goal is Overall Health and Fitness

If you want to be fit and healthy, without worrying about a bulk/cut cycle, then you can safely ignore mass gainers.

Whey protein is a concentrated form of muscle building blocks. It’s a good choice for most people, unless you’re allergic to cow dairy.

In that case, try out plant protein powder!

Mass gainer, however, takes whey protein and adds tons of carbs and fat and micronutrients, so you gain weight quickly instead of slowly growing more muscle.

So, unless you have a hard time eating enough calories or have a fitness goal which requires them, you likely don’t need to spend the money on mass gainers.

Save some dough and enjoy a whey protein shake!

2021‘s 7 Best Protein Powders for Weight Gain (without Side Effects!)