The Best Muscle Groups to Workout Together and Maximize Your Gains! 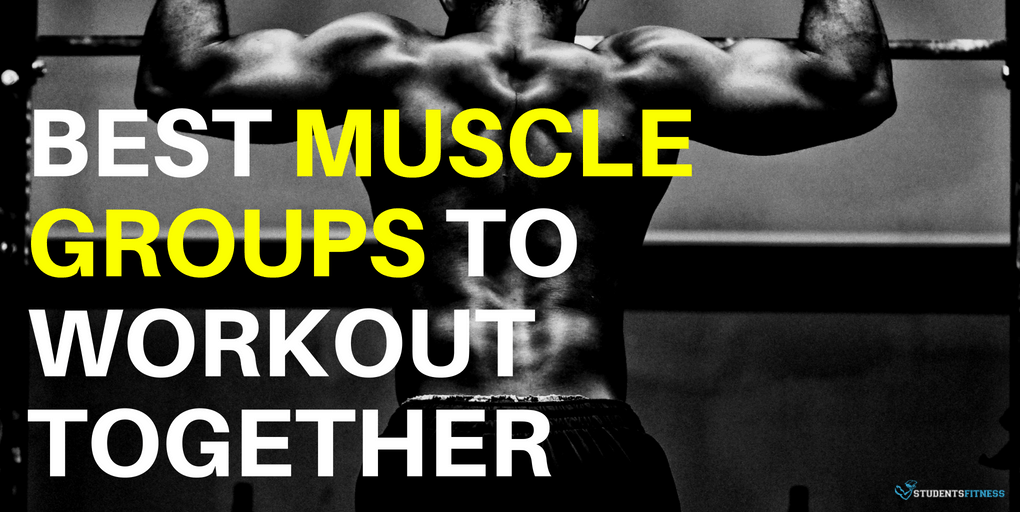 Except for your tongue, no muscle works alone.

When your biceps contract, your triceps relax, and vice versa.

Also, some muscles synergize with others to help them out.

What does this have to do with you?

If you want more effective workouts, exercise your muscles in groups!

By grouping the target muscles in a workout, you’ll hit more muscles with less effort and time.

You’ll hit your fitness goals all the more quickly, giving you more time for studying or partying!

Let’s look at some muscle groups before diving into how you can use this information in your own workout routine.

What Are the Major Muscle Groups?

One might name a muscle such as the tricep, with its three-part anatomy, as a group. 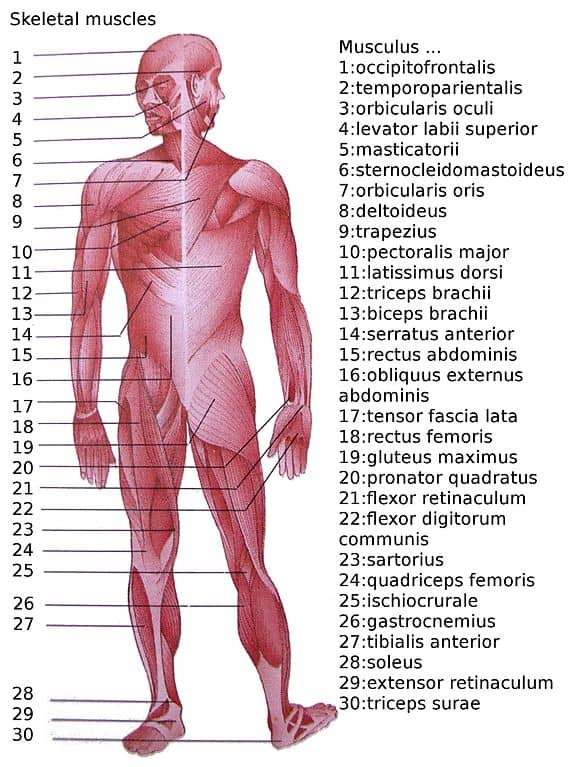 That’s a lot of different muscles! If you try to hit each one, you’ll be at the gym all day!

Another trainer would say that the triceps are part of the arm muscles.

A third fitness professional would clump the triceps together with other muscles as pushing muscles.

They’re all correct, annoyingly enough, which makes this question a hard one to answer.

I favor a list of five groups, those being the arms, back, chest, legs, and shoulders.

Your arms involve both your biceps and your triceps.

Your legs include your quads, hamstrings, and glutes.

There are smaller muscle groups such as your core, calves, and forearms, but generally, you’ll exercise those muscles alongside a major group.

For example, forearms are often put into the arm group.

While you can focus on just one muscle, such as doing curls for the biceps, muscles are designed to work together.

That’s why you may want to exercise multiple muscles at once instead of just one!

Grouping Muscles Together, AKA a Split

When you work out only a portion of your muscles at once while working out several muscle groups, that’s known as a split routine. 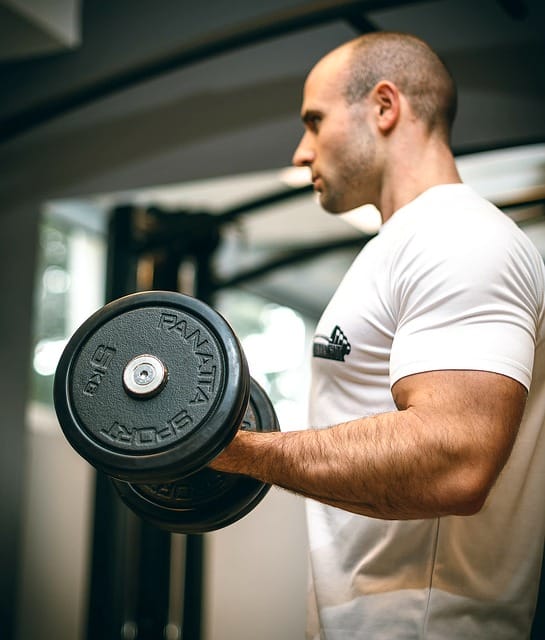 Split routines are categorized the way they are because the muscles synergize their movements.

When curling, your triceps and biceps work together to move the weight up and down.

So, it doesn’t make sense to exercise your calves and your biceps at the same time!

You’ll expend the effort on working out both muscles without getting the benefits of working out a synergistic group!

There are two basic types of splits: Upper/Lower and Push, Pull, Legs.

Explaining the Upper/Lower routine is easy.

On one day, you work out the upper half of your body.

On another day, your exercise the lower half of your body.

Arnold Schwarzenegger loved to work his chest and back muscles at the same time.

He incorporated pushing and pulling together, working out one muscle then its antagonist.

This let him go from one exercise to another without having to rest! 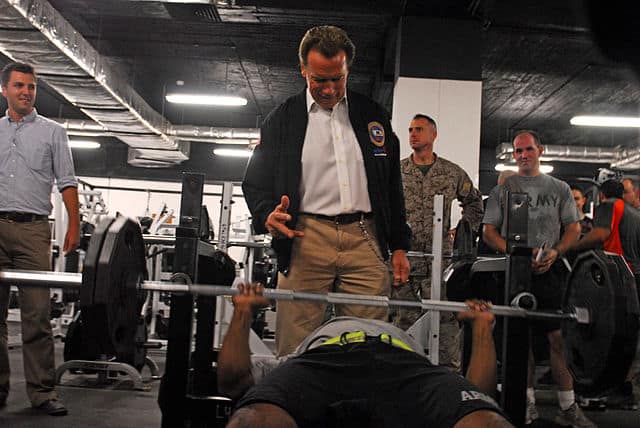 Arnold was huge, now he helps others get huge

The Upper/Lower routine takes advantage of this concept, though you don’t have to perform grueling supersets.

But, the problem is that by grouping so many muscles together, you can’t pay as much attention to any one muscle group.

You only have a finite amount of energy before you’re exhausted.

However, the Upper/Lower Split is very time efficient.

Since you don’t have to rest as often, you can get the workout done in a shorter amount of time!

For a different type of efficiency, consider the Push, Pull, Leg split.

Instead of stacking antagonist muscles and hitting everything on one half of my body all at once, I prefer the Push, Pull, Leg routine.

This split exercises major muscle groups together based not on location but based on what they do.

Such an approach lets you better train your muscles for the task you need them to do.

Also, since you’re not expending sweat on muscles that do something else, you can hit the specific type of movement hard.

So, let’s look at the three types of movement in this split. 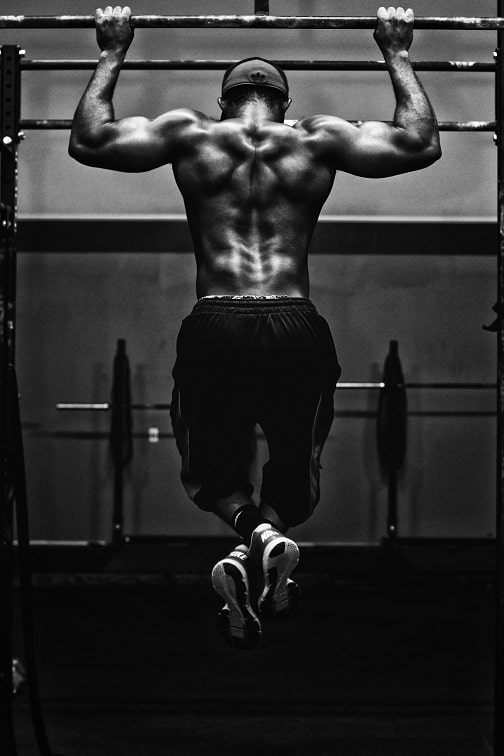 Pull-ups are my all time favorite Pull exercise

Push muscles involve moving the weight away from your body. This involves your chest, part of your arms, and part of your shoulders.

Bench presses and pull-ups are the archetypical Push exercises.

Pull muscles bring weight toward your body. This involves your back and the parts of your arms and shoulders missed by the Push workout.

Rows and pull-ups are examples of Pull exercises.

Your Legs push you away from the ground and are their own day.

Naturally, this day involves your legs. Squats and calf raises are common Leg exercises. Sprints are great, too.

The disadvantage of this type of split routine is time.

You are working out similar muscles with each exercise.

This lets you work out harder because minimal effort is expended elsewhere, but you do need to rest longer between each set.

Another advantage is that you can get by with fewer rest days.

Your pushing muscles will rest (mostly) during the pull and leg days, so you don’t need a rest day in between each workout day.

So, you can workout more often without overtraining!

When to Group and When to Split

So, grouping muscles together in a workout is a good thing. 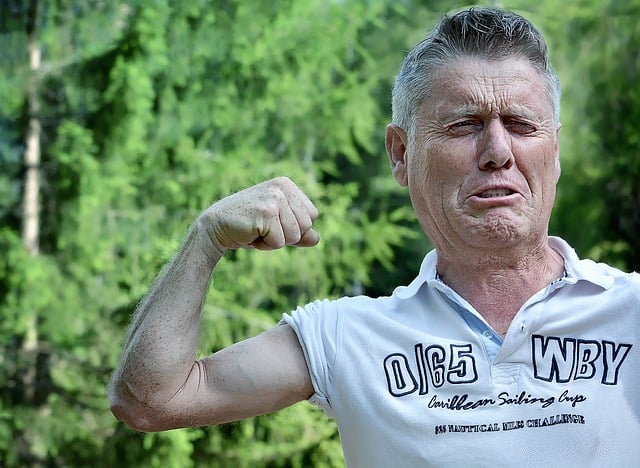 If you look like this, you probably don’t need to split your routine…

But when should you choose to do so?

Generally, the more advanced you are, the more you benefit from splitting your routine.

Beginners will see a lot of improvement from a full-body workout.

Each muscle will fatigue quickly.

But as you advance in fitness, you’ll be able to work out each muscle group for longer.

However, if you just add sets without splitting your routine, you’ll eventually overtrain yourself.

We don’t want that, so after a while, transition from a full-body workout to an Upper/Lower split.

What About Minor Muscle Groups?

Isolation days, where you focus on a single muscle or minor muscle group all day, are for very advanced bodybuilders.

Curling your biceps and nothing else doesn’t actually benefit most people.

However, I still like to throw in one isolationist workout every week, such as this deltoid workout. 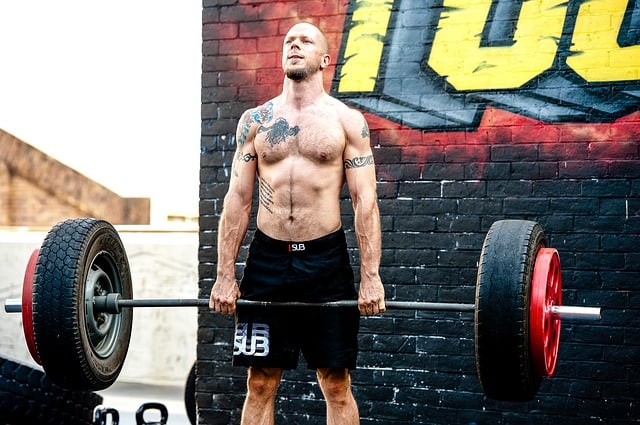 After all, there are seven days in a week, leaving one extra day if you do two Push, Pull, Leg workouts in a week!

Pulling exercises involve grabbing a bar, so you’ll work out your forearms automatically.

As another example, your core should be engaged while performing almost any exercise.

So, focusing on your abs is often not necessary!

Sorry that you had to do all of those sit-ups in high school.

However, unlike the major muscle groups, these minor muscles often won’t be hit as hard.

So, coming full circle, it’s a good idea to throw a day in every now and then that focuses on something small, like your forearms.

Alternatively, you can end your workout by isolating some of the minor muscles.

Your muscles are meant to work together.

Some help others, while some muscles do the opposite of others.

You can take advantage of this by focusing on certain muscle groups at a time.

Your workouts will be more effective and you’ll get more functional strength, not just bulk! 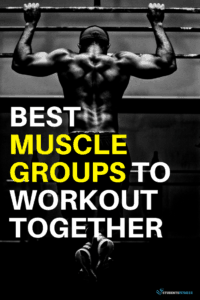